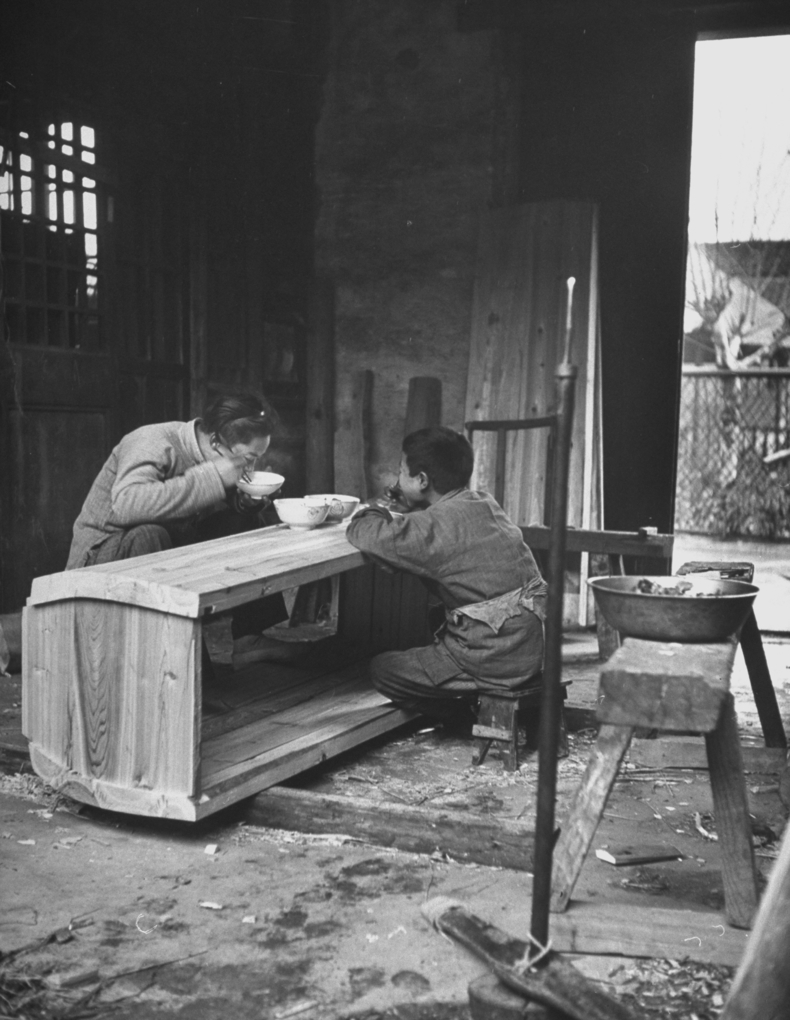 Coffin shop: lunch break
Shanghai housed hundreds of small workshops that produced various grades of coffins. The quality of the coffin was the main indicator of the social and economic status of the deceased person. In fact, most people could not afford a coffin like the one in the photograph. Many simply could not afford a coffin at all.
The main benevolent associations (Shanghai Public Benevolent Cemetery and Tongren fuyuantang that took care of the poor provided them with basic coffins they produced in their own workshops.
The larger guilds (會館公所) also had their own coffin workshops to meet the needs of their members. They sold various grades of coffins to those who could pay, though at a lower price than a coffin shop, and gave them for free to the poorer members of the community. 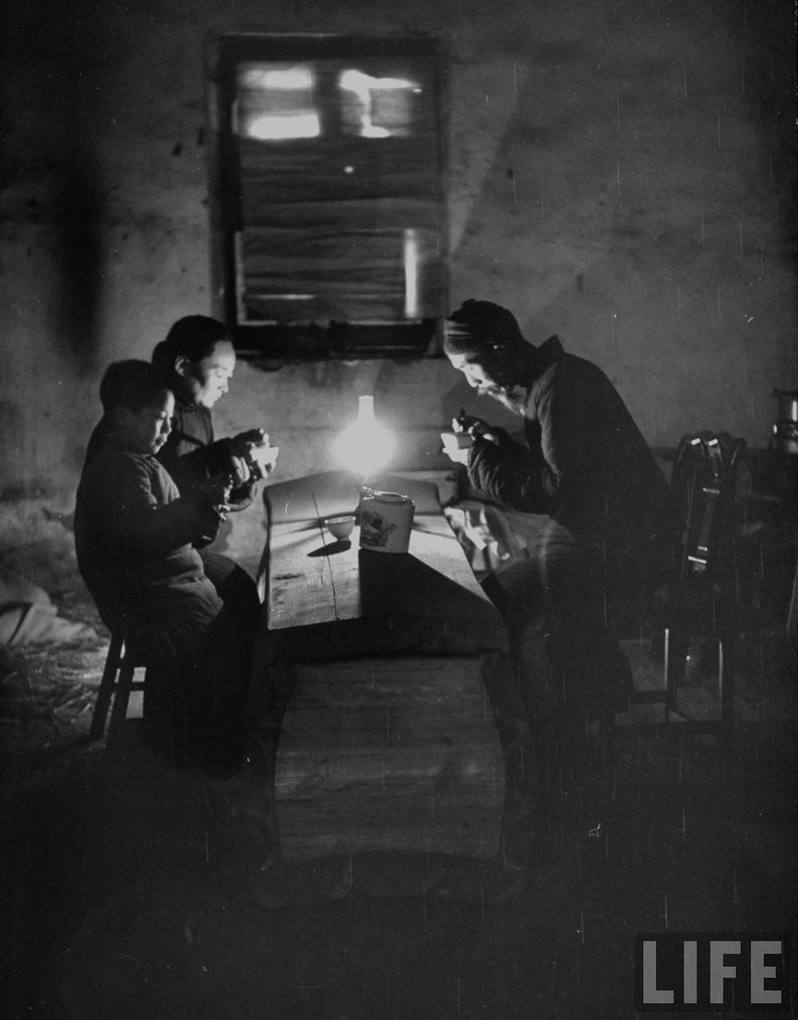